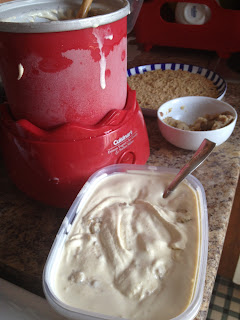 when jake and joey and i were young we weren't allowed to eat sugary cereals. the sweetest we could get away with was honey nut cheerios, which i didn't even like. joey loved them, and i secretly harbored resentment that he got to eat something sweet for breakfast. toucan sam teased me with his beautiful, colorful fruit loops. that little green leprechaun taunted me with his intricate marshmallowy lucky charms. and those cookie crooks with their dog, always in search of cookie crisp, well i could sympathize with them. there i was, eating my tan regular cheerios and tan rice crispies--so what if they make noise in milk. i bet cocoa crispies do, too--dreaming of what could be if only my mom didn't insist on depriving us of certain delicacies. just as i vowed i would eat as many candy bars as i pleased when i was a grown up, i also vowed to eat sugar cereals for breakfast every day of my life. 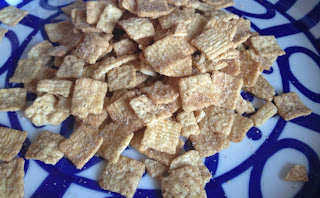 but then a sad thing happened. i actually grew up. and though i obviously haven't outgrown my sweet tooth, the idea of mixing sugary cereal with milk is now abhorrent to me. it makes the milk turn unsavory shades of grey and brown and takes a perfectly good, sweet, and crunchy snack and makes it all soggy and mushy. actually, that's not even true. i don't even like most sugary cereals even as snacks. they just don't taste right to me. cereal isn't supposed to be vibrantly colored or full of marshmallows. i'll take special k and smart start over them any old day. but there is one sweet cereal i love so completely i almost never buy it for fear i'll eat through an entire box while standing in my kitchen with the cupboard door open, pretending that each messy handful will be my last. cinnamon toast crunch. it is the most perfect sugar cereal in the history of the world. 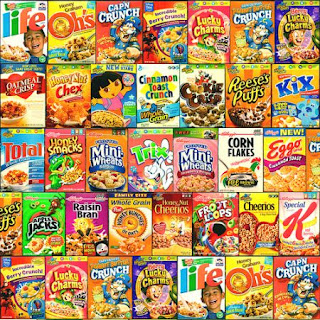 but i can't eat it for breakfast. or anything, really. or rather i can't eat breakfast when i wake up. i need at least two hours for my system to get working before i'm even remotely hungry. i know that goes against all the breakfast rules, but what can i do? i love breakfast foods in general though, and firmly believe they may be eaten at any time of day. (i actually frequently prefer non-breakfasty foods for my first meal. a steaming bowl of butternut squash soup on a cold winter morning or a refreshing serving of gazpacho on a steamy summer one.) last march, while i was pregnant, i made myself a giant plate of banana chocolate chip pancakes and ate that for dinner and it made me happy for weeks. i frequently eat bagels, eggs, and veggie sausages for dinner when i don't feel like cooking. so when my friend molly and her girlfriend michelle invited us to molly's birthday shabbat dinner with a breakfast theme--shabbat sh'breakfast--i was thrilled. not only were all the guests asked to bring delicious breakfast foods, we were also instructed to come in our pajamas. nothing could be better because by the end of a good shabbat dinner i always find myself longing for some nice elastic pajama pants... 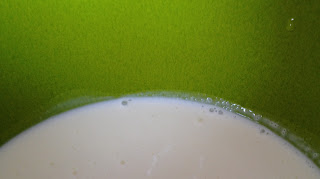 there's an egg dish i always prepare when we host brunch. it's the easiest thing in the world to make because there are no rules whatsoever. eggs, veggies, herbs, cheese, a bit of flour, some salt and pepper. bake it till it's done. it is delicious. and a perfect way to clean out the refrigerator. but that alone wouldn't cut it for molly's birthday. i had to make something outrageously breakfasty. luckily, over dinner the week before my friend jessi mentioned something inspiring she'd been reading about. cereal milk icecream. cereal. milk. ice cream. just pause now and think about it. it makes so much sense it's astonishing it took this long for it to become a "thing." i was determined. i looked up a bunch of recipes that called for sugary cereals i don't approve of but didn't see any reason i couldn't swap them out for cinnamon toast crunch. so that's just what i did... 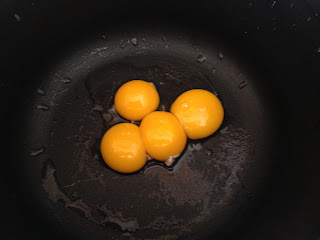 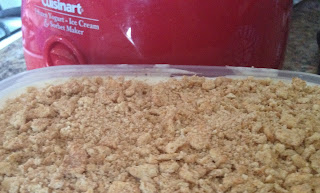 to make:
1. pour the cereal into a gigantic bowl and pour the whole milk over it. stir it around so all the cereal gets wet and then let it steep for about an hour. when it's done strain the cereal out. you may be enticed to eat it. go right ahead. the remaining milk will look a little brownish or greyish. that's okay. that's cereal milk.
2. combine the cereal milk with the sugar, salt, and vanilla in a small pot and bring it to a boil over medium heat.
3. while that's heating whisk the egg yolks in a medium pot. then slowly pour the warm milk mixture into the egg yolks while continuously whisking so the eggs don't scramble. cause that would be gross. then heat the medium pot with all those ingredients over medium heat and stir constantly until the mixture thickens enough to coat the back of a wooden spoon. now you have custard.
4. pour the cold cream into a big bowl, and then pour the custard into the bowl and stir to combine. chill the mixture for at least six hour, or overnight if that's easier.
5. you can freeze according to your ice cream machine's instructions. or you could add some banana that you sauteed on the stove with some butter and brown sugar. because what's cereal without banana? i added this divine mixture to the ice cream when it was done freezing and i transferred it to a tupperware. (i'm sure plain old sliced bananas would be good, too.) then i covered the top with a layer of crushed cinnamon toast crunch. i recommend doing this, too. 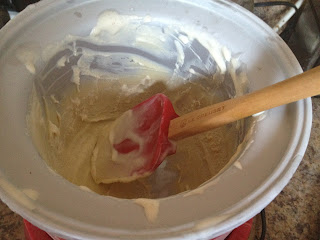 molly's birthday party was wonderful and rapha made a cameo in his excessively cute pajamas. the food was all delicious and, i am happy to say, i can now recommend eating this ice cream atop a multi-tiered pancake and nutella birthday cake. or apple cinnamon challah french toast casserole. though it's delicious on its own, too. 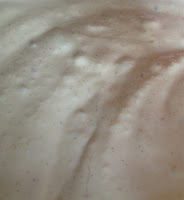 maybe, just maybe, there was something to my mom's no sugar cereals rule, however cruel it felt when i was young. and for the most part, it stuck. it's not very often i indulge in a box of cinnamon toast crunch. luckily, the one i bought is extremely large and there is still plenty left over. in fact, i think i'll go munch on some right now...