6th and 60th anniversaries. and cake.

here are just some of the day to day things that make it hard to be a person:
making appointments for dental cleanings
calling insurance companies
choosing the right curtains
flossing
keeping the medicine cabinet clean
waking up too early
listening to people chew too loudly
saving money
going to the post office

there are others, of course. scary and real things like debt and loneliness and pain and things that change absolutely everything about life, like death.

october 10th was my anniversary. josh and i have been married for six years. and here is what i know after six years of marriage: it's still hard to be a person.

it's even harder now, actually, because i am now not only a person, but a wife and the mother of three small children who cannot even get themselves breakfast. no, marriage definitely doesn't make it easier to be a person. but being married to josh, being on his team and having him on mine has made my life so very meaningful. he and my children have filled it with enough beauty, laughter, excitement, and wonder that i'd be okay even if i had to call the insurance company every single day. it's okay for it to be hard. it's supposed to be hard. but it's also supposed to be good. and for me being a person is so very, very, deeply, wonderfully good.

my grandparents have been married sixty. this weekend we celebrated and had a party and in attendance were their thirteen grandchildren and eight great grand children and counting... (NO. I DO NOT MEAN ME. (i have contributed enough.)) their lives have certainly not been easy. i imagine it only gets harder to be a person as we age. but there they are, still laughing together. 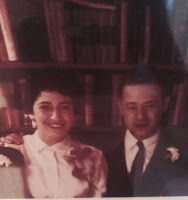 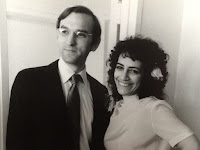 my parents would have laughed for ever and ever, too. 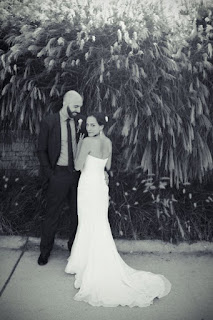 i know how lucky i am to have witnessed not one, but two generations of marriages that survived all the things that make it hard to be people. marriages that helped those day to day annoyances fade by nightfall, that made those real, true hardships seem surmountable, and those unspeakable heartbreaks seem somehow bearable. and of course, marriages in which life's gifts were emphasized and acknowledged as the real, true blessings they are. marriages filled with interest and understanding and support and laughter.

who am i to say what makes for a happy marriage? i suppose it's different for everyone. mine might not make it easier to be a person, but i imagine the goodness of our lives together will carry us through for as long as we have.

i pray our six years turns to sixty, and then more.

we had carrot cake at our wedding. my grandparents had brooklyn blackout cake at their 60th anniversary party. these are superb cakes. but they are not easy. they're both involved and intricate and they that take no small amount of work. but the work is meaningful, and when they're baked and frosted and it's time to indulge, it becomes abundantly clear that the hard is clearly worth it. 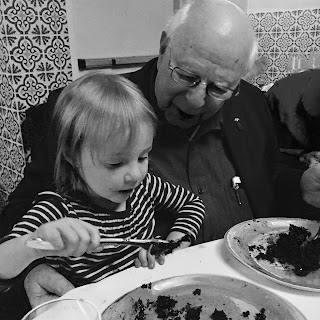