smoked trout salad. by way of the 'burbs. 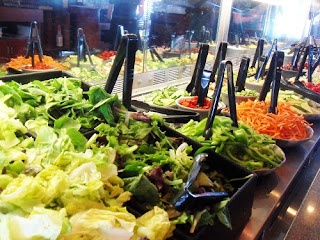 my parents live in the suburbs. where there is nowhere good to eat. according to them. this isn't exactly true, because there are plenty of perfectly delicious chain restaurants, like ruby tuesday, the cheesecake factory, and even chili's. but for some inexplicable reason these wonderful establishments don't quite cut it for them. (i am not being sarcastic. i LOVE a good spinach artichoke dip, an all-you-can-eat salad bar, and a menu that never ends.) their idea of dinner out doesn't involve a "two for tuesday" deal. they don't want their alcohol served in a fishbowl. and they certainly aren't interested in a super sampler platter. even though it's a great deal! and it's not that they're snobby. at all. my dad will happily eat grocery store macaroni and cheese. it's just that when they go out for dinner they want to eat something made with love and care and fresh ingredients. made with intention.

this all began on their honeymoon, which consisted of an eating tour of france. and it blossomed from there. they spent their 20th anniversary eating their way through italy. and around 30 years of marriage they discovered napa. i don't think we ate out all that much when jake and joey and i were young. sit-down family dinners were important for us. and if we did eat out, we usually ate at restaurants that had crayons and paper place-mats with trivia. my favorite childhood restaurant, cactus cantina (still standing!), had a tortilla-making machine right near the entrance, which was actually a brilliant move on the restaurant's part, because children who might otherwise have been running amok were riveted by the constant flow of doughy balls being flattened into the very torillas they'd soon be eating, right before their eyes, and the three of us were no exception. it wasn't until we

were older, when we could truly appreciate what it is my parents love so much about great food, that they started bringing us along. and even then it didn't quite catch for me. the town surrounding the liberal-arts-school-in-the-middle-of-cornfields i attended didn't offer much in the way of fine dining (though it certainly had its fair share of fantastic diners). i was once taken to a place called ryan's steakhouse on a date, where every single bit of food, from the steak swimming in gravy of an unidentifiable color, to the jello with whipped cream on top, was served in a buffet. all-you-can-eat, needless to say. when i graduated college and moved to ny i was more interested in spending what little money i had on--and yes, i am embarrassed to admit this--rum and diet coke than on food. the great thing about ny is that it's actually possible to eat truly delicious things for under $5. but even still, i didn't really discover what it meant to truly eat until josh came around and i was able to share it all with him.

now i'm changed forever. i still love a good national chain restaurant, an all-you-can-eat buffet, and a nice hot dish of gooey, cheesy spinach artichoke dip (i'm happy to say my taste in alcohol has refined over the years), but now i get it. i get what it means to eat great food. over the summer josh and i took a belated honeymoon in the pacific northwest, which we hiked and ate our way down before meeting up with my parents and jake and joey in napa, which is what heaven must look and taste like. when food is prepared and served with affection, with appreciation, and yes, with ingenuity and finesse, the way it is by truly great chefs, eating it is a nearly inexplicable experience because how can you find words to explain the experience of nourishment becoming love right on your tongue? how can you describe what it's like to close your eyes and want to exist in a single bite of food forever? 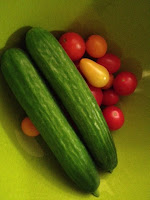 that kind of eating does not exist in the washington suburbs. but there is something invaluable i gained from what was once really a pretty great restaurant a few miles from my parents' house. sadly, it has since come under new ownership and my parents haven't been there since 2009. but that's where i discovered smoked trout. on salad.

and then i discovered that trader joe's carries smoked trout in perfectly sized tins. and life got a little bit better.
a couple months ago my friend molly had a trader joe's themed birthday 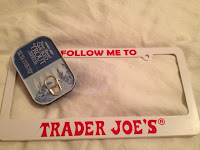 party. i know it sounds completely bizarre, but it really was rather brilliant. instead of having just a regular old potluck dinner she asked that everyone create some kind of culinary treat using only ingredients procured at trader joe's. i decided to make my smoked trout salad. it's one of the easiest things to throw together, and it's always a hit. in fact, it was such a hit at molly's party that when it came time to vote on best appetizer, main course, and dessert concoction, the salad won best main course! a huge honor! i won a trader joe's license plate border!!

the beauty of this dish is that there are a million and one variations. here's my favorite way to serve it. 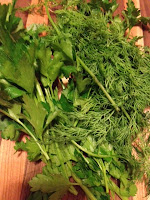 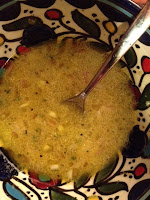 ingredients for dressing*:
juice of half a lemon
1 tsp. dijon mustard
1 tbs. minced shallot
2 tbs. champagne, apple cider, or red wine vinegar
4 tbs. olive oil
to make the salad:
dump everything in a big bowl and mix it together, making sure the smoked trout is broken up and evenly distributed.
to make the dressing:
combine all ingredients until the oil, then slowly add the oil and whisk it in until it's emulsified. 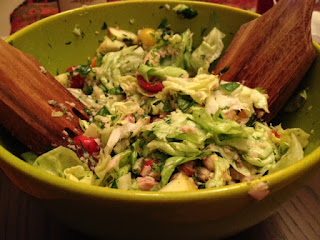 enjoy!!
another really delicious thing to do with smoked trout: combine it with a container of whipped cream cheese and a tablespoon of mayo. throw in some salt and pepper and you've got a wonderful smoked trout dip that's perfect for bagels or crackers!